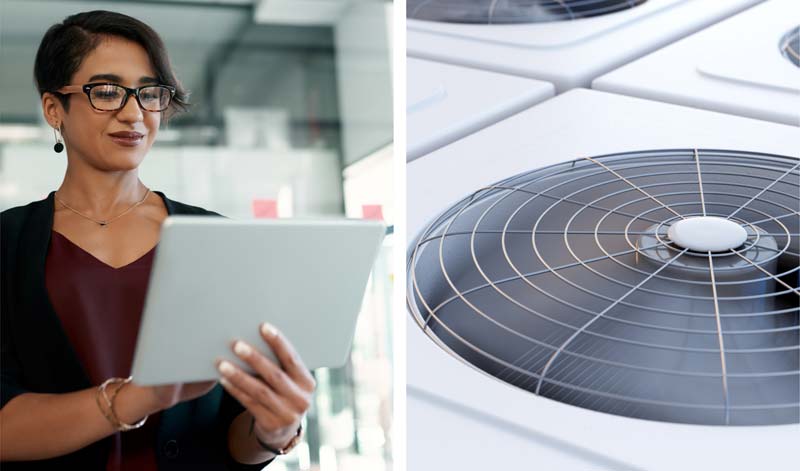 Saving energy while maximizing occupant comfort is a challenging goal for many facilities. However, a potential solution to this age-old problem has surfaced — socially driven HVAC optimization. In tests, this user-based system resulted in 20% cooling energy savings and 47% heating savings, while significantly reducing hot and cold concerns among building occupants.

Rather than relying on simple thermostats, socially driven HVAC optimization uses sophisticated software to allow individual control of the heating or cooling system. Using a computer or handheld device, occupants can indicate if they’re too hot, too cold or comfortable. This feedback is sent to the building automation system (BAS), which immediately adjusts airflow and temperature to improve comfort. After a short period, airflow and temperature return to energy-saving settings, awaiting more feedback from building occupants.

Over time, socially driven HVAC systems learn — by gathering and analyzing data — how to keep occupants comfortable and save energy, while relaxing temperature set points in unoccupied spaces. The technology is ideal for variable air volume (VAV) systems that are controlled by digital energy management, but it can be adapted to other HVAC systems.

The U.S. Department of Energy (DOE) evaluated socially driven HVAC optimization in a federal office and courthouse. The eight-story, 289,000-square-foot building has about 350 occupants and a digitally controlled VAV system.

The test evaluated whether the system saved on energy and maintenance costs (by reducing service calls due to occupant temperature complaints) and increased occupant comfort. The results indicated that the socially driven system:

In a survey of building occupants, 83% of respondents said they were more comfortable after the socially driven system was installed. The annual energy cost savings from the socially driven HVAC system were estimated to be $6,700, a significant amount, but not enough to justify the cost of the technology. However, the study didn’t consider additional savings from the decreased use of personal appliances, such as fans and space heaters. Building staff also pointed out such noneconomic benefits as increased comfort and control for occupants.

Overall, the report concluded the technology should be considered for facilities where thermal comfort is a priority, and where there is a significant amount of space with varying occupancy.