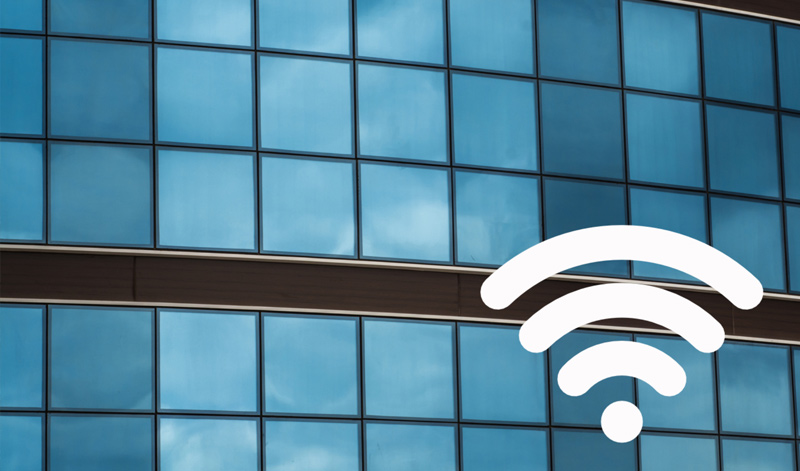 Building automation systems (BAS), as well as lighting and HVAC controls, are designed to save energy, maintain occupant comfort, increase productivity and reduce operating costs. These systems use multiple sensors to gather data about the indoor environment and information about equipment status.

Hard-wiring sensors is time-consuming and expensive, especially for upgrades in existing facilities. Using wireless communications may add to the initial expense but can reduce labor costs and provide a more flexible system.

What are the options?

A number of open and proprietary wireless protocols have been developed. IEEE wireless standards are maintained by the Institute of Electrical and Electronics Engineers. They define frequency, power, modulation and other link conditions. Some of the more common ones used for building automation and controls include:

IEEE 802.15 specifies a variety of wireless personal area networks (WPANs) primarily for connecting one device with another:

Zigbee adds encryption, mesh networking and strong security features to the basic IEEE 802.15.4 requirements. Although its maximum field range is 1,000 meters, it’s usually applied to sensor and control systems where sensors are located less than 100 meters apart. Versions include:

Note that the IEEE is working on 802.15.7 Part 15.7: Short-Range Optical Wireless Communications that supports high data rate (up to 96 Mb/s) visible light communication.

IEC. The International Electrotechnical Commission (IEC) standard ISO/IEC 14543-3 was developed for wireless applications with ultra-low power consumption. It also supports energy harvesting (such as EnOcean products), which allows sensors to draw energy from their surroundings, extending battery life or eliminating the need for batteries altogether. KNX products are based on this standard.

Each protocol has advantages and disadvantages regarding data throughput, maximum range, battery life and security level. Zigbee, IEC, and Bluetooth Mesh protocols offer long battery life, a large number of supported nodes and the ease of adding nodes with mesh networking. Zigbee solutions are less expensive, but IEC-enabled devices handle obstructions better, and can operate without a battery.

The UWB protocol has an even higher throughput rate, but it’s limited both in range and the number of nodes supported. Because it uses an entire band of frequencies, there’s low interference with other wireless signals, which is optimal for inventory-locating applications. LoRaWAN 802.11 media access control (MAC) protocol’s sub-1GHz frequency band and spread spectrum approach reduces propagation issues.

Consider the features and individual strengths and weaknesses of each protocol before selecting a standard for your next wireless building automation or control system upgrade.