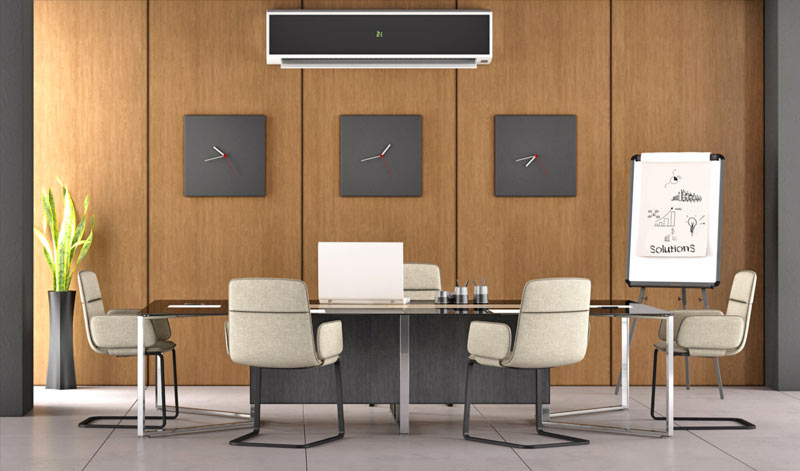 Lighting accounts for 20% of the electricity used in commercial buildings. Despite the attention paid to efficiency upgrades, great opportunities exist for reducing energy use by simply turning lights off or dimming them as needed. However, it’s often difficult to get staff or building occupants to cooperate. An automated lighting control system using occupancy or vacancy sensors is more effective in many cases.

Occupancy and vacancy sensors look similar and they both control lights, but they work in different ways. Occupancy sensors automatically turn lights on when someone enters a space and turns them off when the space is empty after a set time.

A vacancy sensor requires someone to turn on the lights when they enter a room. The lights still automatically turn off after the set time, but the lights will stay off unless someone enters the room and manually turns on the switch. This can save even more energy by eliminating those extra minutes of unnecessary lighting.

There are two major types of sensors; each has strengths and weaknesses:

Occupancy or vacancy sensors may not be a good fit for every part of your facility. Start by identifying spaces that are unoccupied on a regular basis, such as executive offices, copy rooms, restrooms and conference rooms. Selection of appropriate spaces requires an accurate understanding of how they’re used.

Occupancy and vacancy sensors are available as wall- or ceiling-mounted units. To avoid false detection with ceiling-mounted sensors, it’s important to specify a viewing range that matches the application. For example, a hallway sensor should look in two directions but not into an office, while a conference room sensor should pick up motion from anywhere in the room. Some of the most common failures of occupancy control systems are from inadequate sensor coverage or improper tuning of a sensor’s sensitivity.

Coverage area of sensors depends on the room arrangement, room geometry, the presence of partitions, type of sensor, location of sensor, sensitivity setting and type of motion. Ultrasonic sensors cover a wider range than infrared sensors but are more prone to false triggering from air motion. Wall-mounted sensors typically cover much larger areas than ceiling-mounted models. Integrating multiple sensors may be necessary to cover the entire area. Each sensor has controls to adjust the time interval before lights are turned off, typically ranging from one to 15 minutes.

Save energy with sensors

When properly installed and located, occupancy and vacancy sensors can significantly reduce your lighting costs, while maintaining comfort, safety and security in your facility.