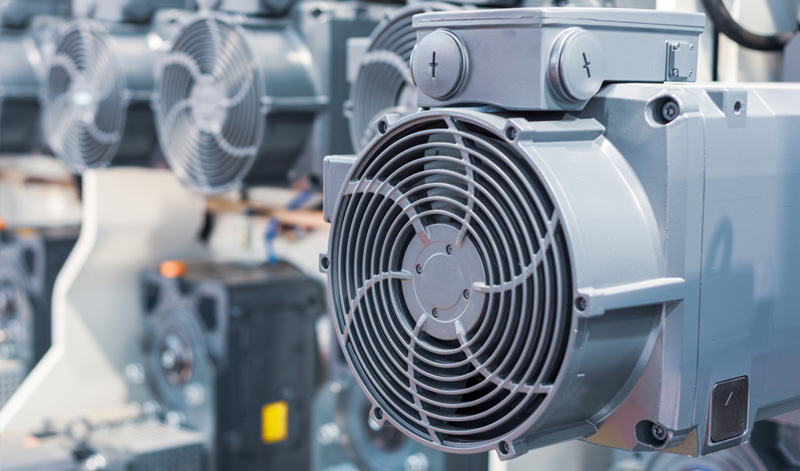 Upgrade Your Industrial Motors and Save

Motors consume more than half of the electricity used nationwide. Premium efficiency motors are up to 10% more efficient than standard units and offer substantial benefits in energy savings and lower operating costs.

Typically, upgrading to higher efficiency motors won’t have a negative impact on facility operations. In some cases, however, higher-than-normal inrush current can result in nuisance trips, causing delays and possibly affecting productivity. It may be necessary to replace your existing circuit protection device or increase the trip level, to address this issue.

When a motor starts, it typically draws electric current that’s much higher than it needs for operation. There are two components of starting current. Peak inrush current is a very brief spike in current occurring immediately after startup. Locked rotor current (LRC) is drawn when the rotor is stopped and full voltage is applied. It occurs after the peak inrush and remains until the motor reaches operating speed.

While NEMA standards limit LRC, no standard governs the amount of allowable inrush current. This isn’t usually a problem, since the inrush only lasts a few milliseconds. However, premium efficiency motors can have a higher peak inrush current (because of lower current resistance) and may exceed the current setting of the circuit protection device, resulting in a nuisance trip.

What you should do

If nuisance trips occur, the U.S. Department of Energy recommends that you:

In certain applications, high efficiency motors may use more energy if they have less slip or when they run faster, which occurs when energy consumption is proportional to the rotational speed. In these cases, decrease rotational speed using a variable speed drive, gears or pulleys.

What are the savings?

While premium efficiency motors typically cost more, the energy savings can lead to a substantial payback over the life of the unit. For example, if you replace an 88% efficient, 50-horsepower motor operating at 6,000 hours per year with a 95% premium efficiency unit, you can save about $1,500 per year in energy costs (at eight cents per kilowatt-hour).

When considering a motor upgrade, evaluate the condition of your existing equipment, as well as your budget and operational needs. See the U.S. Department of Energy’s Premium Efficiency Motor Selection and Application Guide for further information.